Outstation Cabs from Vadodara to Ahmedabad

Vadodara, which was formerly known as Baroda is the third largest city in the state of Gujarat. The city is located on the banks of Vishwamitri River and is the administrative headquarters of Vadodara district. The city is famously known as the Sanskari or cultured city of India.

While Ahmedabad is the largest city, the former capital of Gujarat and it also hosts the Ahmedabad International Airport. The city has transformed into an important economic and industrial hub in India. It is also among the fastest growing cities in India.

These two cities are the industrial and commercial powerhouses of the state and the country. The distance between Vadodara and Ahmedabad is approximately 100 km and due to efficient transportation system between the two cities people regularly travel between the two for work, business, leisure purposes and catching international flights from Ahmedabad.

In the previous year of 2017-2018, about 9.2 million passengers use the Ahmedabad Airport and it is being expanded thanks to the predictions of a future increase in passengers. The airport was awarded as "Most improved airport" in Asia-Pacific region by the Airports Council International for 2017.

It is the most comfortable and best option especially for businessmen, corporate professionals and family members going for an outing to book a Vadodara to Ahmedabad cab, so that you can enjoy the landscape while traveling with privacy, safety, security and efficient services. It is said that the majority of the people traveling from Vadodara to Ahmedabad travel by taxi.

In fact, traveling in a Vadodara to Ahmedabad cab is less time consuming and can be scheduled as per the customer's preference. It is very useful for corporate and businessmen who need to catch a flight from Ahmedabad airport or attend a meeting on time. Even joint families who plan to go for an outing can benefit with options available to choose like the type of cab they want and the drop location without any hassle.

On this expressway the toll will be charged at four points - at Ahmedabad, SP Ring Road Ahmedabad, Nadiad, Anand & Vadodara and if you want to exit from the expressway you can take the exit loop at Anand and Nadiad.

With regards to passenger safety, Vadodara Ahmedabad Expressway is well lit and it is also well patrolled by the police. So if you are planning to book a Vadodara to Ahmedabad airport taxi to reach the Ahmedabad airport to catch a flight then please do without any fear. With regards to accidents, the expressway is not considered accident prone and it is much safer than the accident and landslide-prone Mumbai Pune Expressway.

If you are going for a leisure trip towards Ahmedabad using the Expressway than do take a detour for Anand and Nadiad.

Anand is famously called the Milk Capital of India. It is the birth place of Amul dairy and its milk revolution.

Nadiad is the 8th largest city of Gujarat. Nadiad was also the land of laureates and writers during the later years of the 19th century and beginning of the 20th. That's the reason why Nadiad was also known as Sakshar Bhumi or The land of educated.

Another road which can be used to travel from Vadodara to Ahmedabad is NH 48 or National Highway 48 which is no less than the expressway. NH 48 starts from Haryana and passes through Rajasthan, Gujarat, Maharashtra, Karnataka and Tamil Nadu. NH 48 was early called NH 8 which was changed in 2010.

NH 48 is safe for travelers to travel at night and it is comparatively much busier at night thanks to its national highway status. With regards to accidents, NH 48 is much more prone to accident compared to the expressway. So those who want to travel on NH 48 at night on a Vadodara to Ahmedabad taxi do avoid it.

About food joints on the NH 48, Ekta Restaurant is the best. It is located in Anand just off the NH 48 highway. It is a Modern outlet with an Indian and Chinese menu, with WiFi and banqueting facilities. Staff is friendly and Parking facilities are quite good.

Surbhi Restaurant in Ahmedabad is best known for its Punjab food, good staff, best services, and reasonable pricing. It is located at 2nd Floor, Shiromani Complex, NH 48, Amraiwadi, Laxmi Narayan Society, Hatkeshwar, Ahmedabad. It is usually not crowded and it is the best restaurants for vegetarians. The restaurant opens at 11 AM and closes down by 10:30 PM.

The best time to travel in Vadodara to Ahmedabad taxi is in the afternoons or late nights. 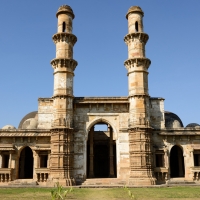 Cab Fares from Vadodara to Ahmedabad

Why ride with Ola Outstation from Vadodara to Ahmedabad ?

Got bored of the last time you went on a long road trip? You can now play music, watch videos and a lot more with our in-cab entertainment system Ola Play!

Taking your partner out or travelling with a group of friends? We have you covered. Choose from our range of Hatchbacks, Sedans, SUVs and even Luxury cabs.

High-rated and verified partners with outstation driving experience to give you a smooth travel experience. 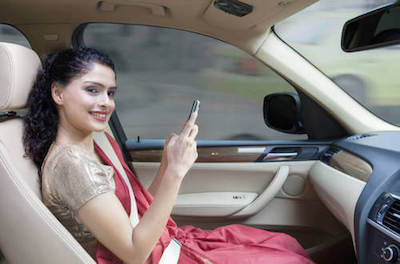 We care about your safety! With Ola, enjoy special safety features such as - SOS emergency button, 24*7 roadside assistance and live ride tracking. 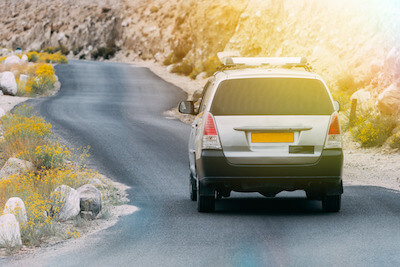 Why pay for a return journey when you are travelling just one way out of town. Choose your one-way travel package and ride away! 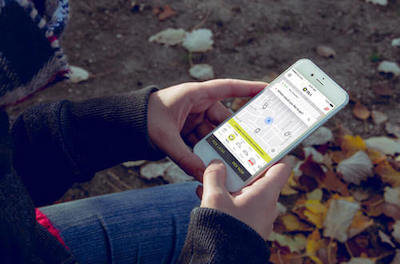 Booking a cab for inter-city travel has never been this convenient. With Ola Outstation get a ride within 1 hour of booking or book up to 7 days in advance